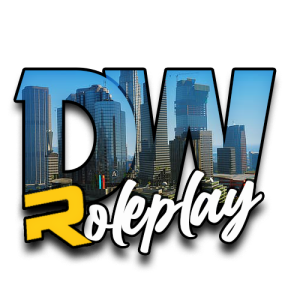 ​
General
The concept of role-playing in GTA is based on portraying a specific character, which is developed by yourself and has different characteristics, feelings, background story and more. It is basically making a unique virtual personality that you have control over while playing from your PC and portraying the real life. Your character will even have his/her own name.


Names
Just like in real life, your character must have a first-name and a last-name. You can’t name your character with unrealistic and game nicknames like: PewDiePie, Headshot Master, Potato Destroyer.

Just like in real life, names must be realistic. Also, famous names are not allowed.

What are the limitations?
Just like in some other games, there are certain rules that apply. Unlike shooter games and other servers, the purpose is not killing everybody around and kill them as much as you can, there is no teleportation and there are a set of rules that make role-play what it is.

Foremost, we have two definitions that separate the real life from the roleplaying world. The “RP world” is called IC (in-character) - it defines anything that happens within the RP’s frame - it is what your character does, says and interacts with.

The opposite definition is OOC (out of character), and it defines everything that happens outside the RP’s frame and is unrelated to the progression of your character. You can’t use OOC information (any information that you, not the character, somehow know that you didn’t get ICly) for your advantage as it would be considered as Meta-Gaming and you will be issued a punishment. Everything that you say using the voice chat is ONLY IC.

Let’s give an example:
Let’s say you want to ask how to write a command in-game. This doesn’t happen in real life. Another example: you ask someone how to turn off the game sound. This doesn’t happen in real life too. You can’t just come to someone and ask him how to turn off the volume of the world, right? We have the OOC chat for these type of questions. Also, if your game crashed and you get back to the server, you can type an OOC message that your game crashed.


So, now that we know what IC and OOC mean and we know how to use the chats there is one last rule regarding the RP boundaries:


Simple like that - whatever happens IC, stays IC, and whatever happens OOC, stays OOC. Means that you can’t use any OOC information ICly and vice versa. Breaking this rule would be considered as Meta-Gaming.

Likewise to most servers, if you write something and press ENTER, it will not send the message to everyone in the server, instead, it will display the message to players around your vicinity and it will be considered as your character saying something. The regular chat is an IC chat only!

In order to communicate with other people as well regarding things which are unrelated to the RP world or your character, you can use /b which is strictly an OOC chat only. /b used for local OOC Chat, this can be used in too many cases to list here, generally use it to talk to other players as a player, not your character.

The only way to interact with people in the “RP world” is the IC chat in voice chat in-game. (/b, Discord, TeamSpeak, Skype, etc are OOC).

Actions
A big part of role-playing is performing actions with your character. GTA allows you to do anything. With that being said, let’s not forget that this is role-play and we must stay within realistic boundaries.

You are not allowed to do actions that are most likely would be unrealistic in real life. An example: car stunts. As much we all would like to drive like crazy people and to do some crazy stunts, we cannot, which means we cannot do it in the game either! You are not allowed to do stunts with your vehicle as it would be considered as NON-RP. If you argue that the exact stunt that you’ve done makes sense and realistic, you should send evidence to a staff member who will decide if it makes sense.
/me stands for - an action/emote your character is performing.
/do stands for - describe things around your character.
Example: /me opens a water bottle and takes a few sips from it. (Let’s say your character’s name is James Harden)

What will it show to other players? *James Harden opens a water bottle and takes a few sips from it.

You will also find yourself interacting with others many times using actions, and sometimes you might even find yourself in fights!
Now, in order to maintain a fair gameplay, you must give the other person an option to respond with his/her own action.
For example, you can’t do the following (a scenario between a police-man and an individual): /me cuffs the individual and puts him in the backseat of the vehicle.
Why? The police-man cuffed and put the individual in the backseat of the vehicle. He didn’t give any opportunity to the individual to RP. The police-man determined the action that he has done which is practically not giving the individual any opportunity to participate in the RP.
Breaking these rules (performing unrealistic actions and forcing your RP upon others) is called PowerGaming and you will be issued a punishment by breaking these rules.

Facts
Another tool which is used when role-playing is stating/asking facts.
The command for stating/asking facts is /do.
Example: /do What is Jake wearing?
Firstly, what will it show to other players?: What is Jake wearing? ((A character’s name))
As you can see, /do must be stated in third person.
Here, you ask a person about a fact - aka what is he wearing, and you expect to get a response in order to proceed with whatever way it affects your character.
An example of a response that you may get:
/do Jake is wearing a black shirt.
Another example of using facts is stating facts about yourself or about things around you, for example:
/do James’s shirt would be wet.
/do There is a strong smell of weed in the room.

Staff member
Head Administrator
Killing and Fearing
In role-play, you must have a very good reason if you are about to kill someone. Because just like in real life, you wouldn’t go and kill people for poor reasons or with no reason. Killing someone with a poor reason or with no reason would be considered as Deathmatch (DM) and you will be issued a punishment by doing so.

In addition to that, you must RP fear when a situation arises in which you would most likely have a sense of fear in real life. For example, if someone aims a gun towards you, you must RP being scared of getting killed and comply with the demands that were given to you. You wouldn’t run towards the person and try to hit him for example. You’d most likely cooperate. That’s also how it is in RP.

Examples for RP scenarios
Scenario: after a shoot out, you find a dead body and you want to take its stuff. This is an example of how you should RP this exact scenario.
Dude who takes the stuff: /me finds a body on the ground.
/me checks the body for any pulse.
/do Would the body still have pulse?
Dead body: /do The body wouldn’t have pulse.
Dude who takes the stuff: /me pats the body down from head to toe.
/do What would he find?
You must not lie in a /do no matter what.
Dead body: /do He would find an ID, a wallet, a phone and keys.
Dude who takes the stuff: /me takes the wallet and searches it.
/do How much cash would he find?
Dead body: He would find 150$.
/me takes the cash and walks away.
In this scenario, when you find out that the individual that you are searching on is dead, there is no need for /do as you can do anything (REALISTIC) you want, because a dead body can’t resist.


In this scenario, the individual is alive and is conscious (until the moment you hit him) and he can resist which means that a /do is needed. /do is always needed in interactions in actions between people unless one of them is dead/unconscious/can’t physically move.

As you play, you will gain more and more experience and you will soon feel confident role-playing and interacting with others. Everything may seem a bit confusing at first when you just start, but don’t worry! We all started from zero.

If you need any assistance, we have a wonderful staff team that would be more than happy to help you out!